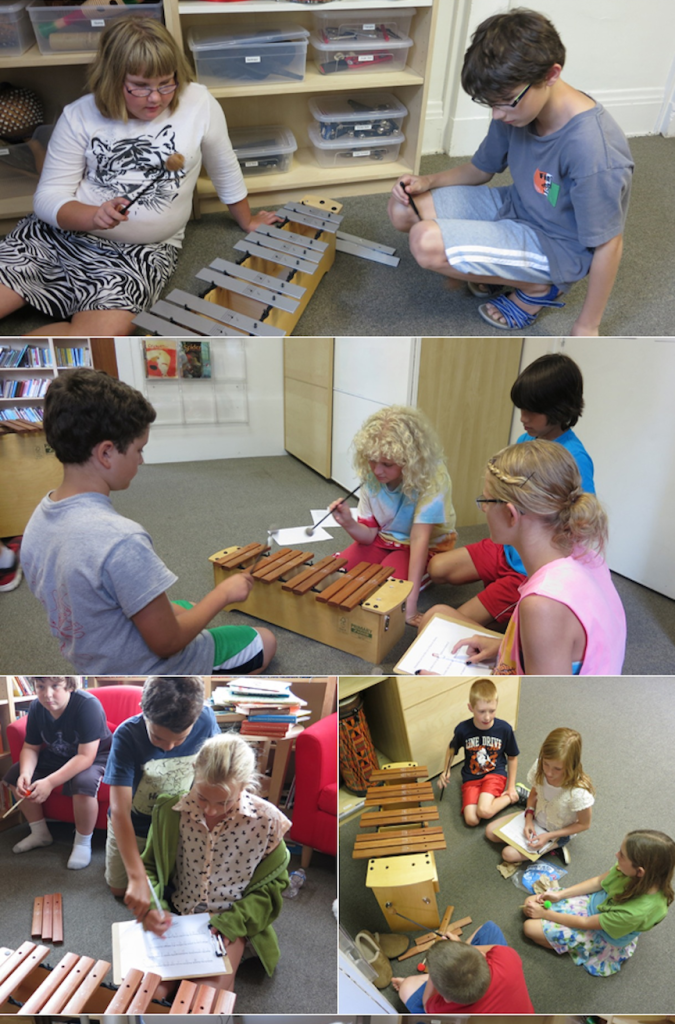 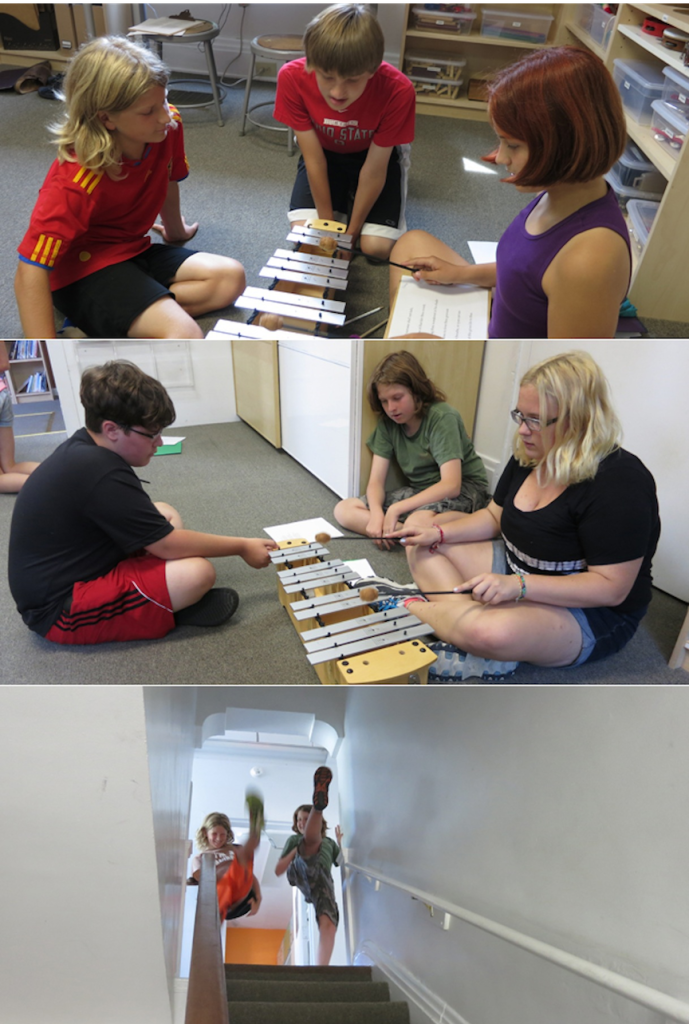 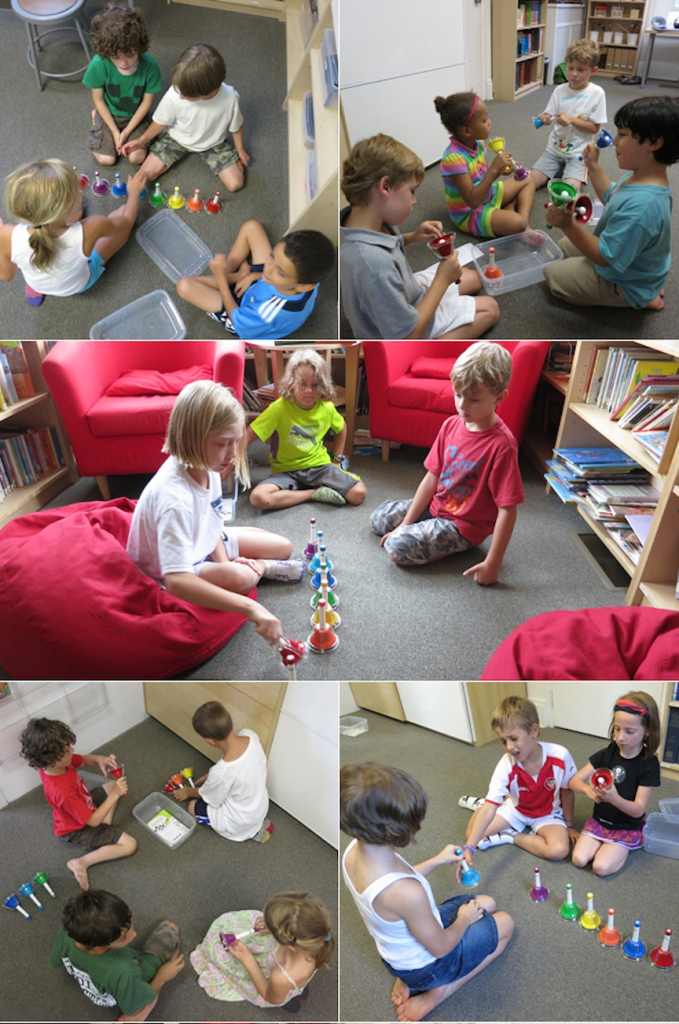 Lower Elementary
The kids in lower elementary have been working on vocabulary terms in music, adding crescendo, decrescendo, the musical alphabet, and accelerando to their knowledge. We watched a pianist play Listzt’s Hungarian Rhapsody No. 2 which is filled with exciting accelerandi. They also got to try out the handbells for the first time! They worked at placing the handbells in order of highest to lowest then played their scale for the whole class. It was so exciting to see the light in their faces when they were able to apply the musical alphabet to the handbells. Here’s the youtube link to the pianist: http://www.youtube.com/watch?v=LdH1hSWGFGU

Upper Elementary
Since the Upper Elementary students are studying Ohio, they have been working on the poem ‘Rain on the Roof’ by Ohio poet Coates Kinney, writing a melody using Do Re Mi. They worked cooperatively in teams composing on the music on Orff instruments then performing them for the entire class. They have also learned the entire scale of Curwen Hand signals.

Middle Schoolers
As preparation for reading music on the treble staff, the middle schoolers spent some time reviewing quarter notes, quarter rest and were introduced to eighth notes, half notes and 2/4 time. Each student composed an 8 measure rhythm which they conducted as the class played their composition on tubano drums. They also practiced keeping a steady beat using their bodies as rhythm instruments, called body percussion. For example, claps, pats and stomps are all part of body perfusions. At dismissal, the body percussion continued, even kicking to the beat at the top of the stairs. It was a sight of utter joy!