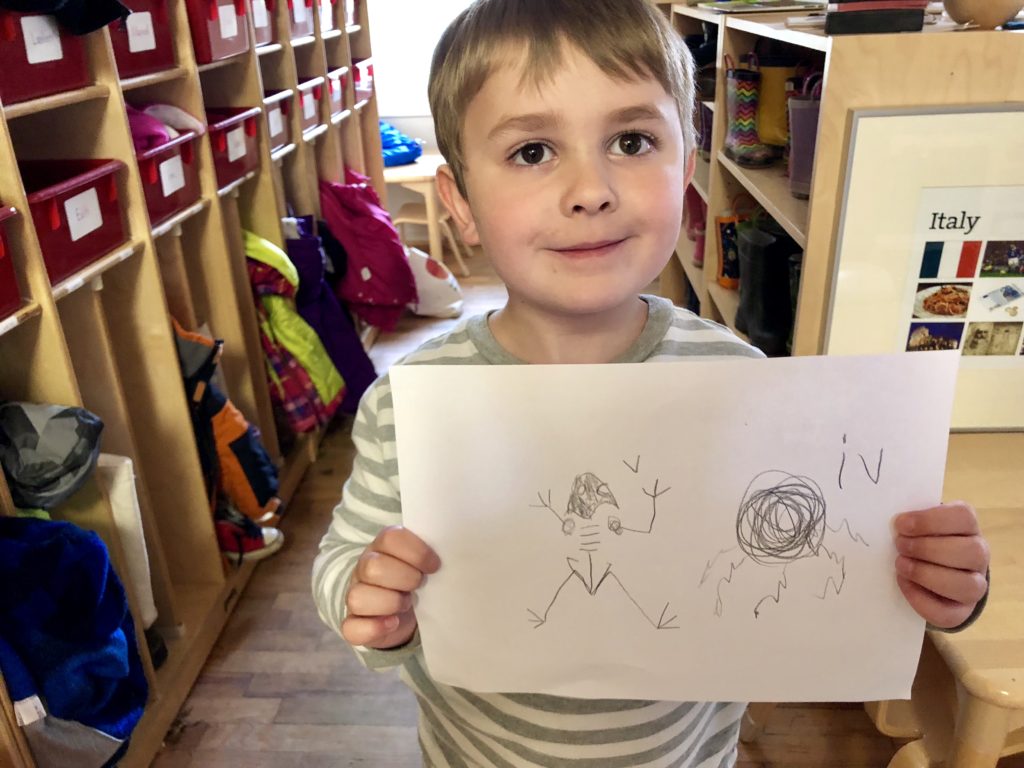 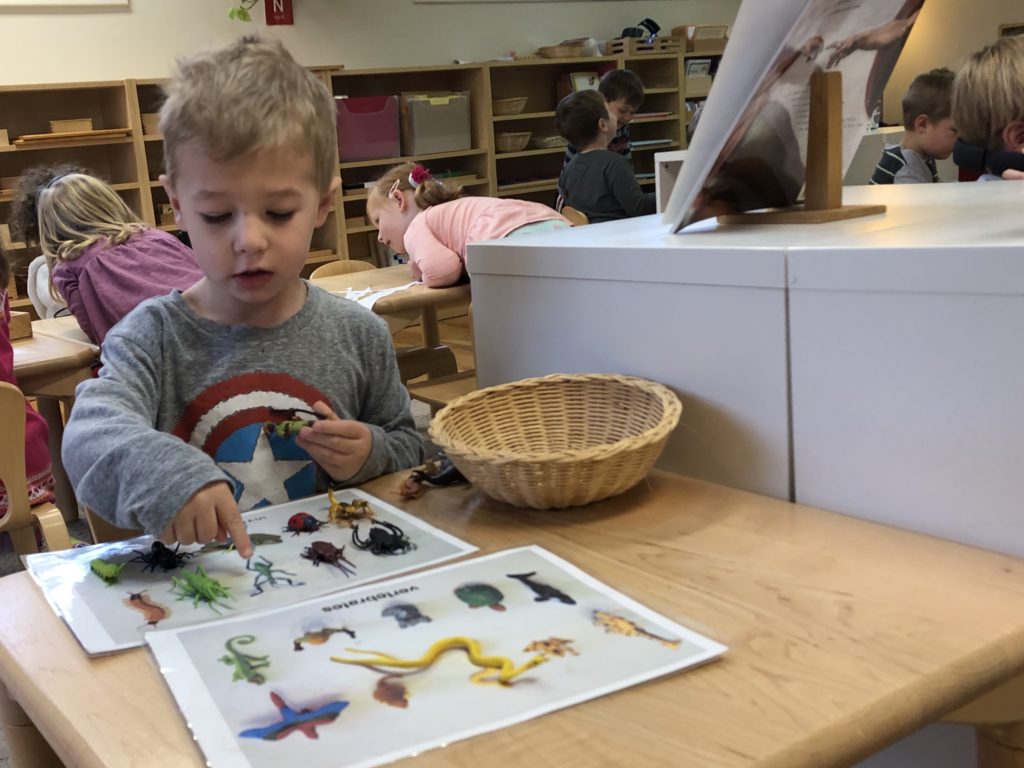 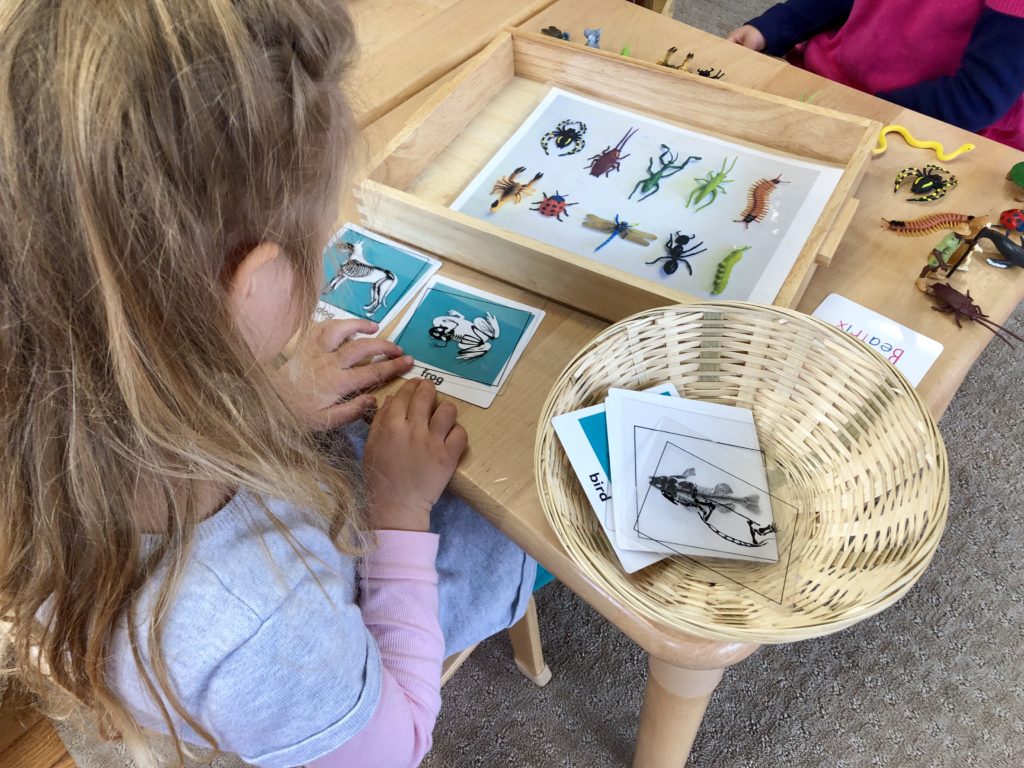 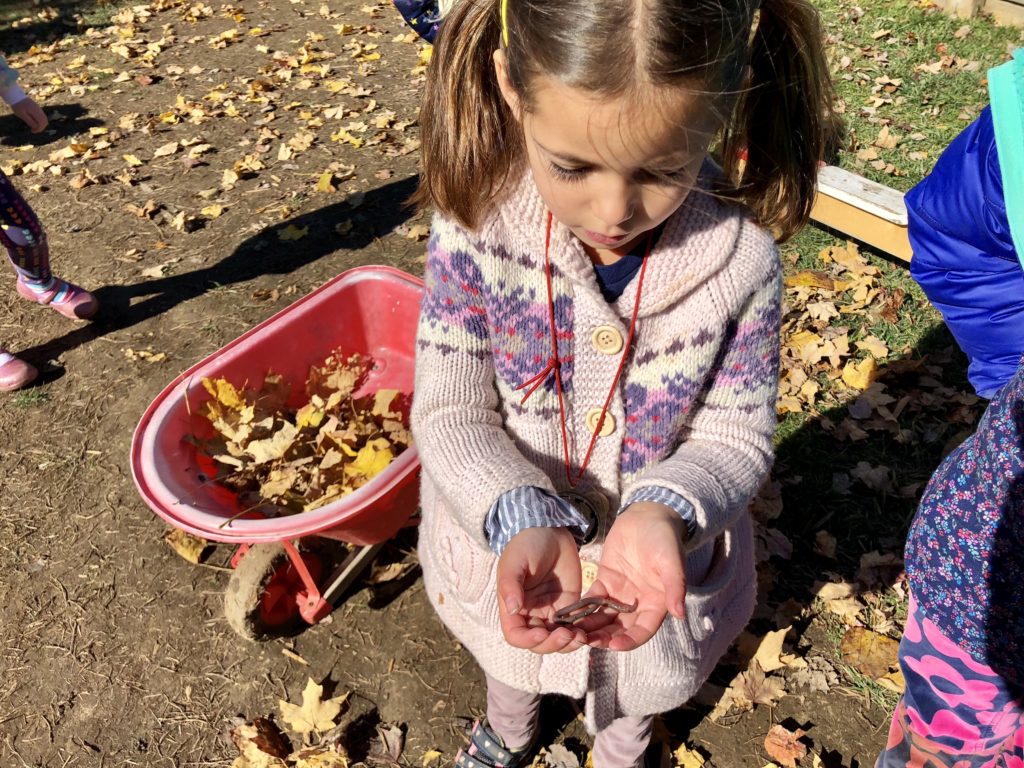 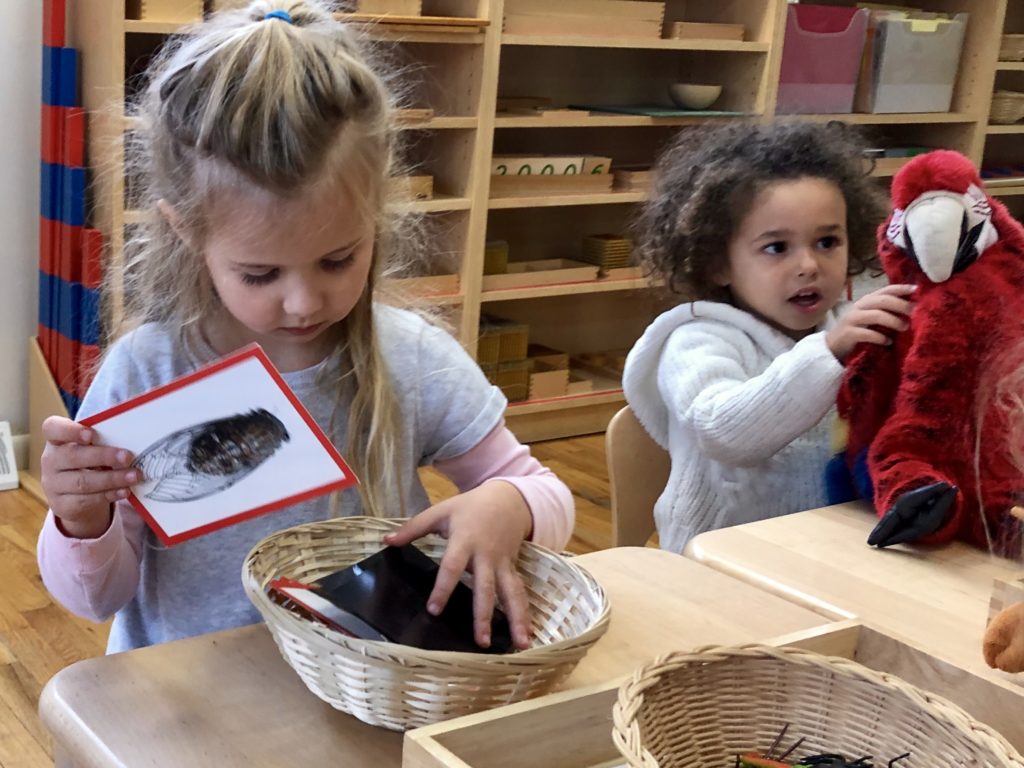 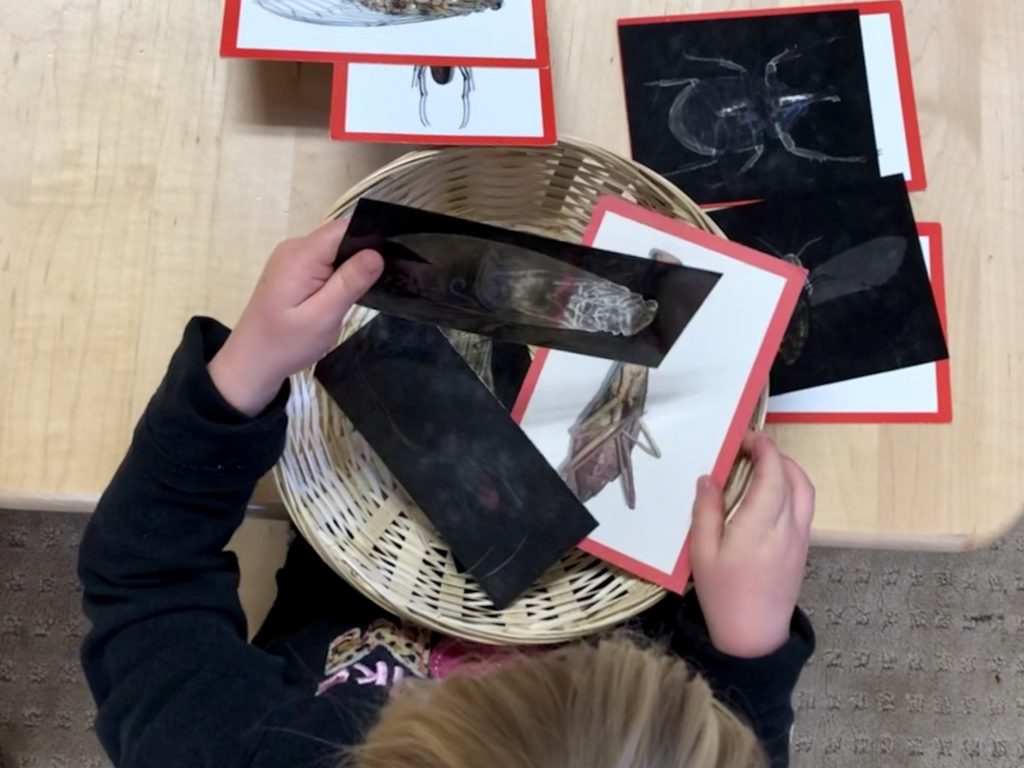 The Primary began a year of animal studies by talking about vertebrates and invertebrates. We began our discussion by reviewing the science topic from last week: Alive and Not Alive. We then learned that vertebrates have backbones that support their bodies. Invertebrates support their bodies in a variety of other ways, including exoskeletons, endoskeletons, and shells. By feeling our own backs, we discovered that humans are vertebrates as are all mammals, birds, fish, amphibians and reptiles. We were amazed to think of the biggest animals on our planet and find that they are almost all vertebrates but that by far, the most animals on our planet are invertebrates.

We have works on the shelves that allow children to discover the differences between vertebrates and invertebrates. Children can examine x-rays against a drawing on an animal. We have 3-part cards to match as well as a sorting work with animal figurines. As ever, our students took this science subject and made their own work, including art work and finding invertebrates in our outdoor classroom.

This entry was posted in McGuffey, Primary, science. Bookmark the permalink.