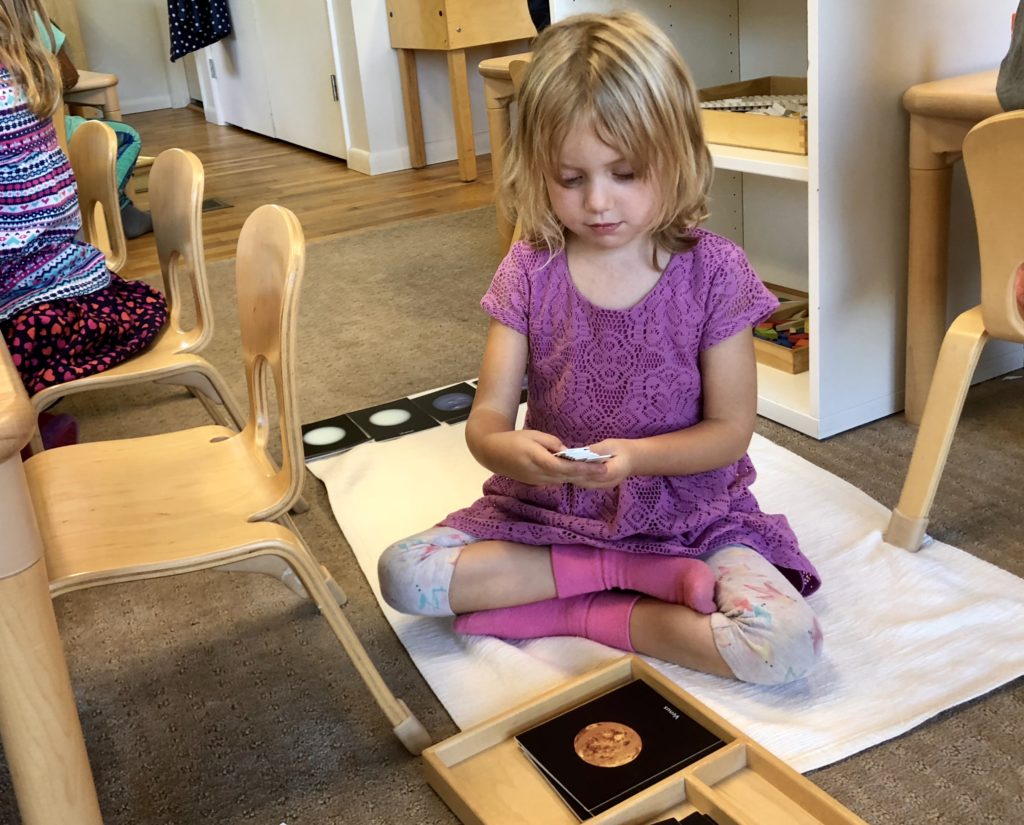 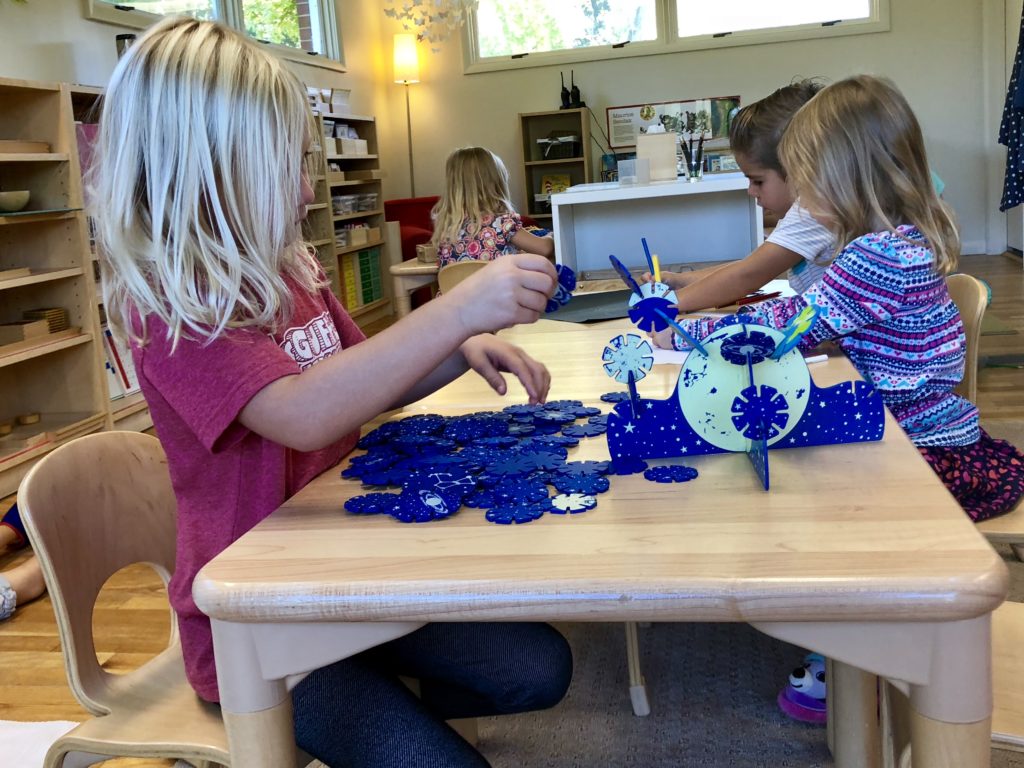 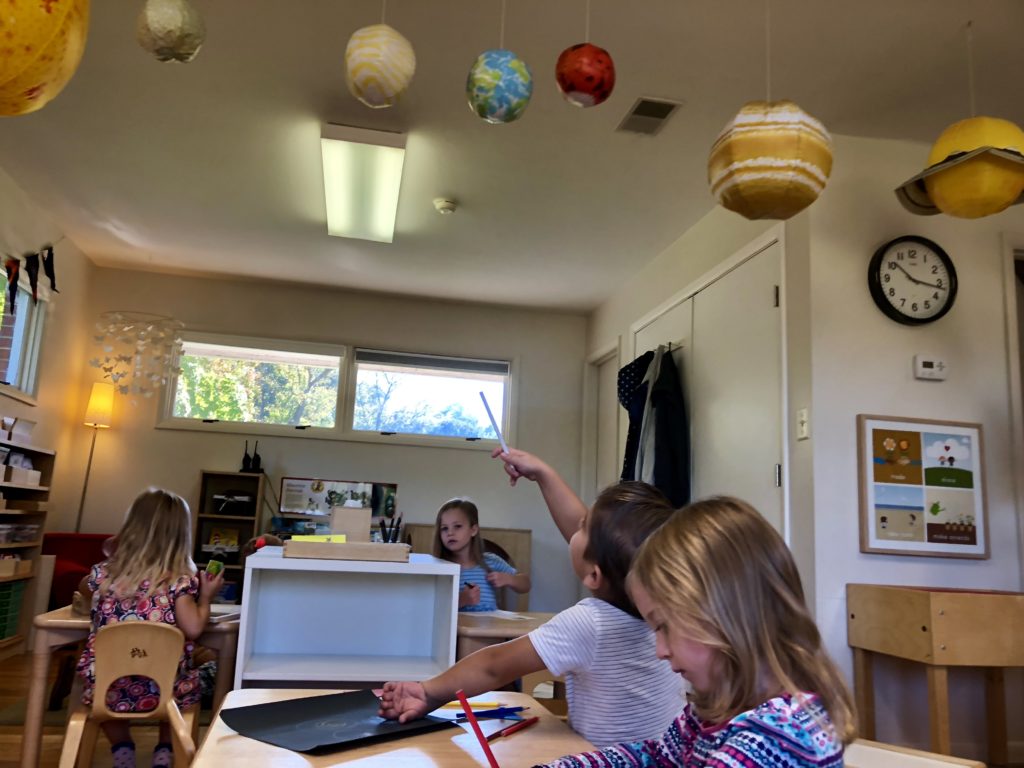 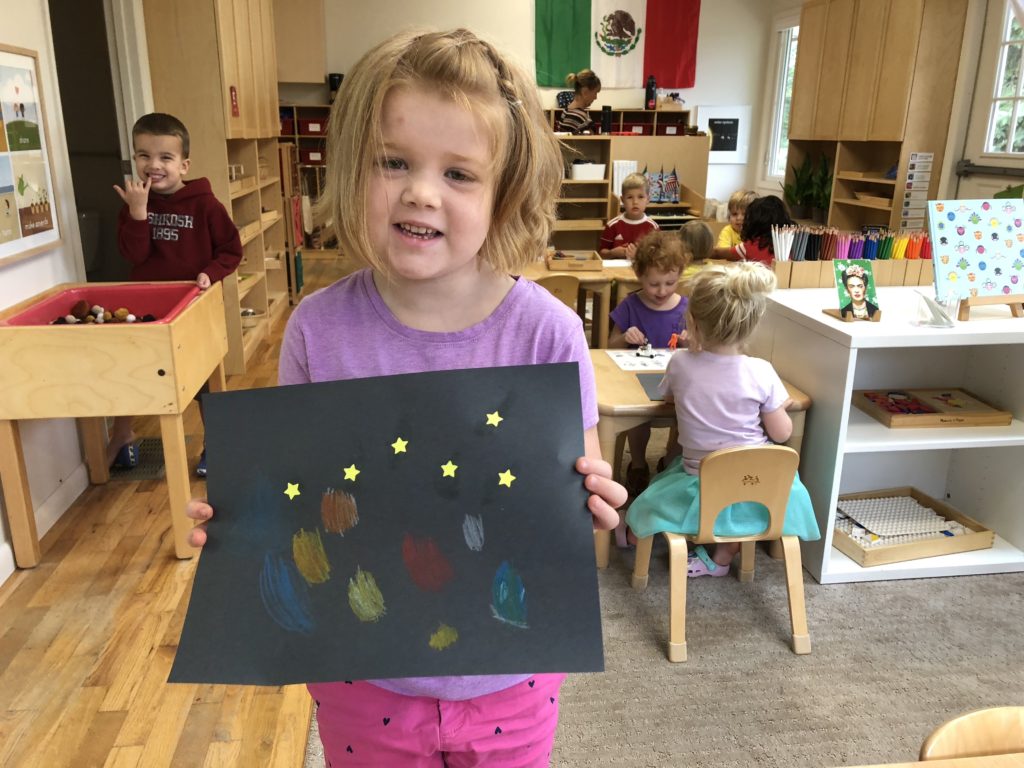 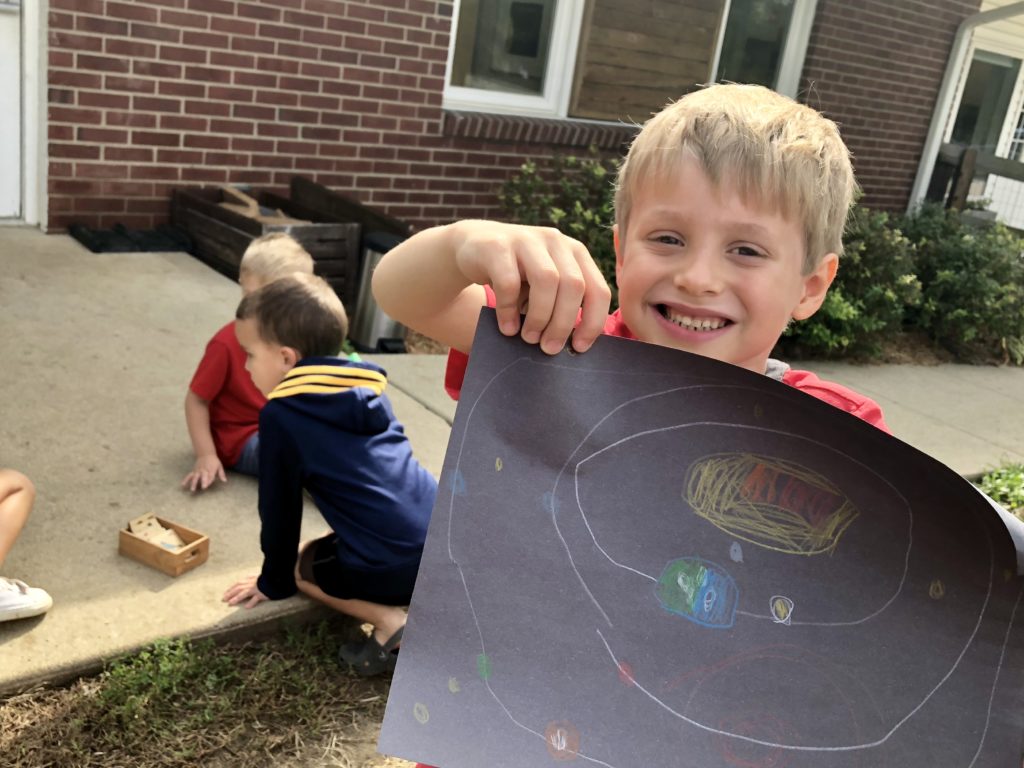 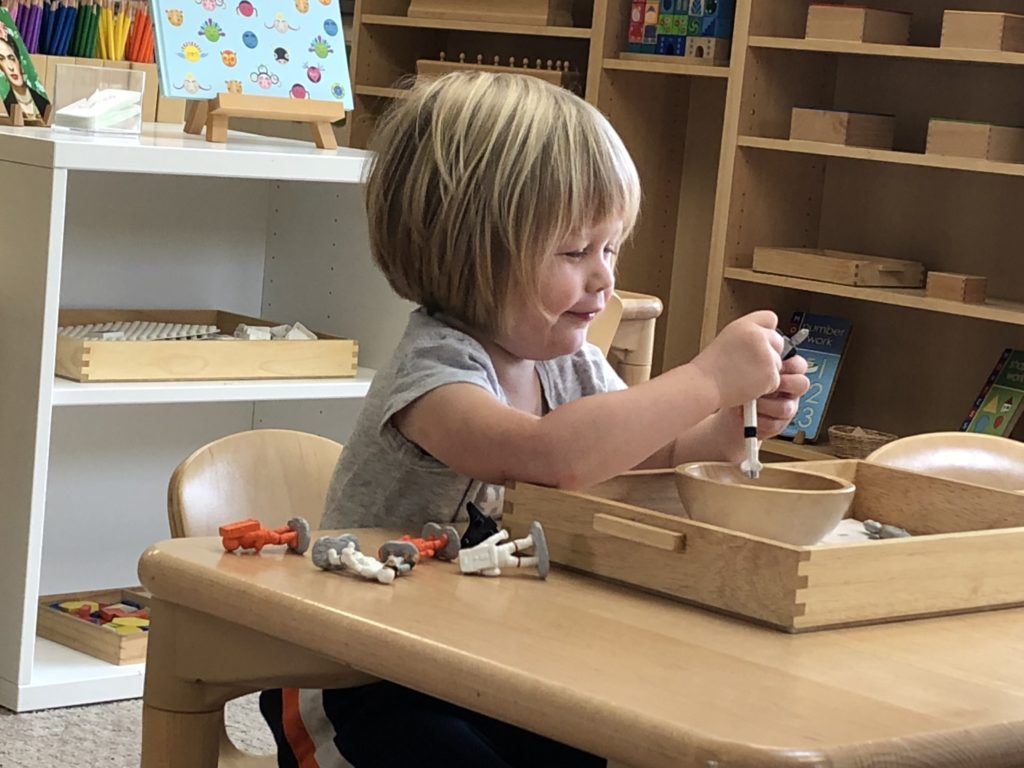 This week we began talking about the solar system. We hung models of eight planets and the sun in our classroom so that the children could get an idea of how the solar system might look in space. When children ask how many planets we have, the answer isn’t always easy. In 2006, Pluto was classified as a dwarf planet, and no longer considered part of “the planets.” However, the most current thinking would say that we have 13 planets. This includes eight classical planets (Mercury, Venus, Earth, Mars, Jupiter, Saturn, Uranus, Neptune) and five dwarf planets (Ceres, Pluto, Haumea, Makemake, Eris).

We continued our discussion of the solar system by talking about stars and space. Sometimes it’s hard for children to think about stars being huge, especially when they look so small from Earth. We tried to imagine how big they were, and tried to wrap our heads around the fact that the sun is actually a star.

We thought about space travel and riding in a spacecraft. With our art shelf stocked with special black paper, there was a lot of drawing and writing about the planets as our imaginations tried to keep up with these big ideas.

This entry was posted in Primary, science, Uncategorized. Bookmark the permalink.