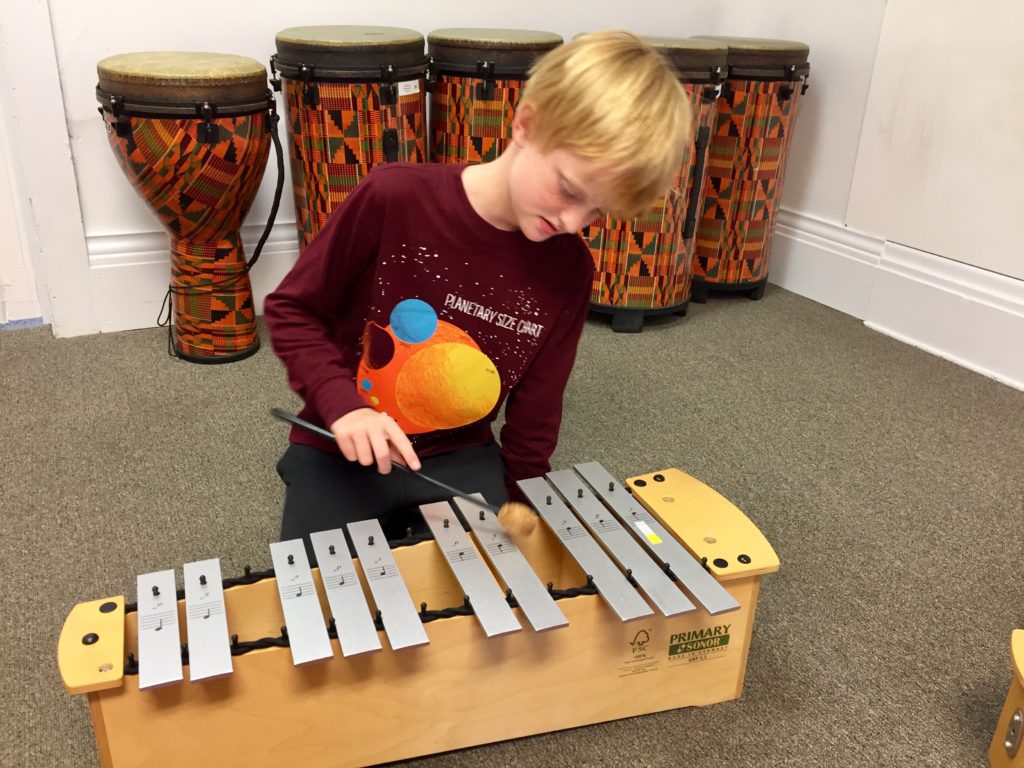 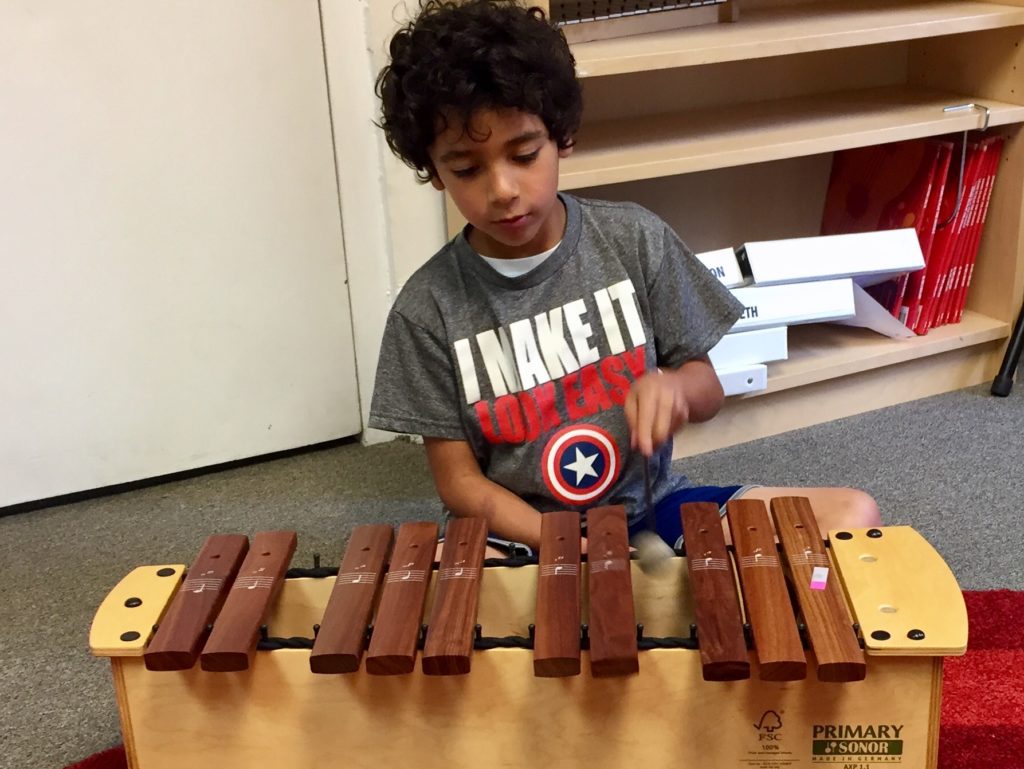 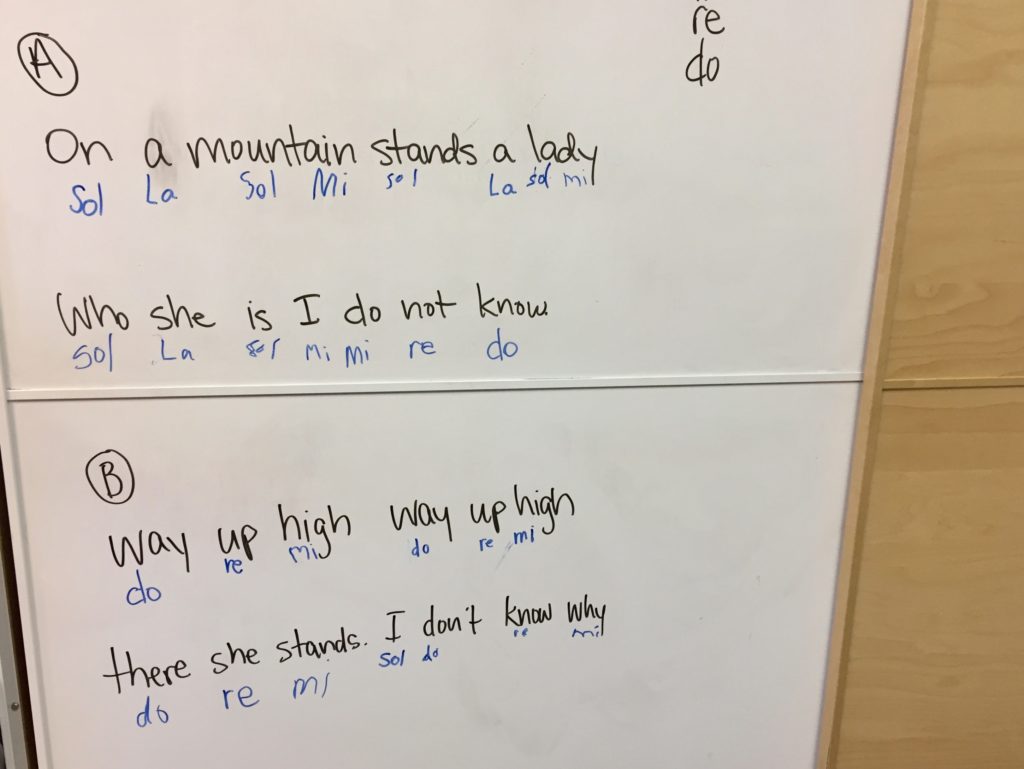 Our Grade 2 students have been working on using the pentatonic scale in Music class. The pentatonic scale consists of 5 notes of the octave: do, re, mi, sol, and la. This scale is frequently heard in folk songs all around the world.

First, the students learned to sing the five notes in various patterns. Then, they composed their own songs, singing them aloud to each other. The last step was singing a song, “On A Mountain.” Once they learned the song, the children deciphered the melody. Each student took a turn figuring out a note of the melody and writing the solfège name under the word. The delight and excitement was palpable when these 7-year-olds realized what they were doing! Their final achievement was playing the song on barred instruments.