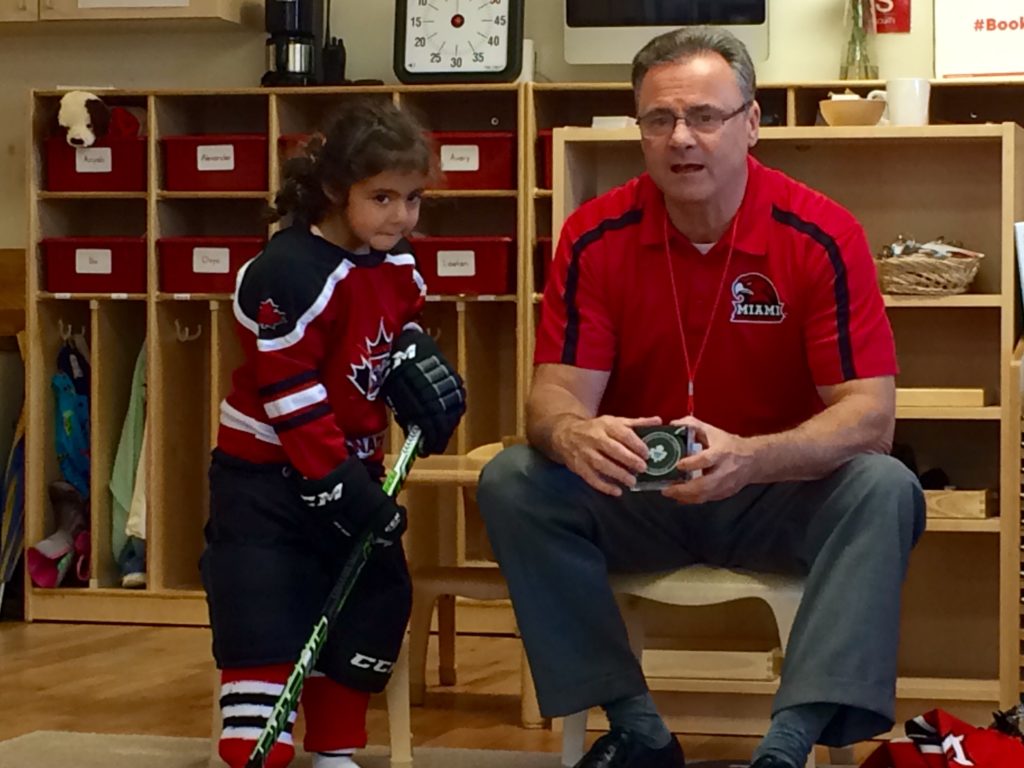 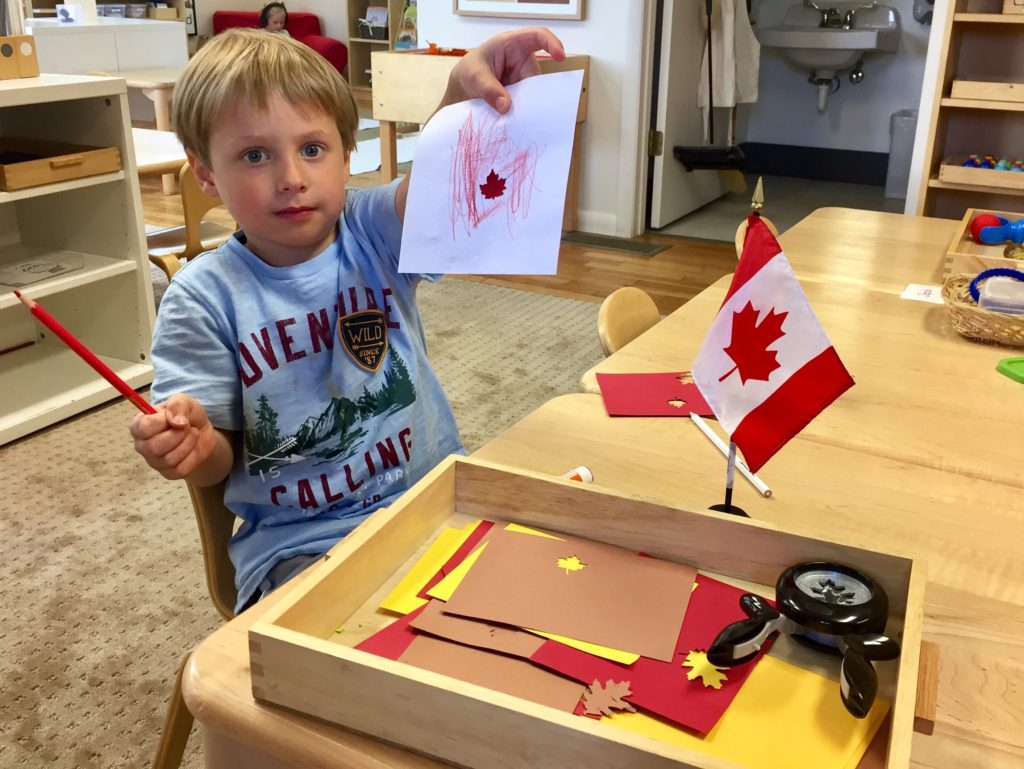 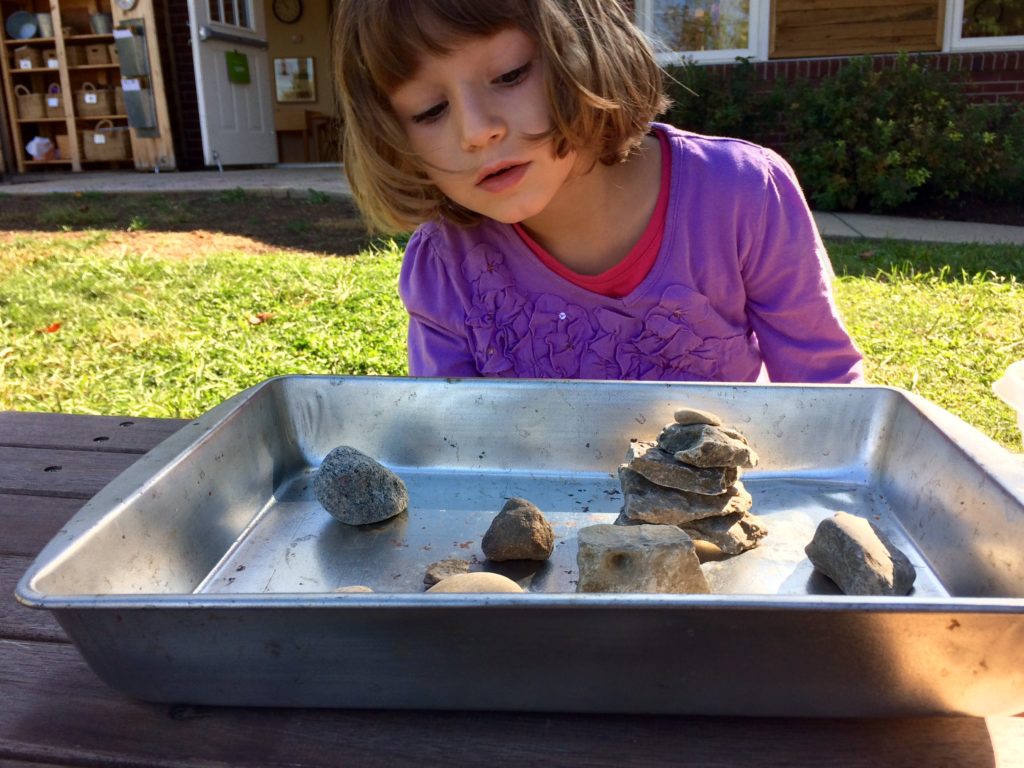 We continue our exploration of North America, with a journey north to Canada! We discussed the many ways Canada is the same and different when compared to the United States. We talked about the Canada Goose and learned about the Arctic and arctic animals. We saw maple leaves on many things on our social studies shelf.

We also discussed the indigenous people of Canada, including the Inuit and the First Nations. As with the United States, we help our students understand that there were many groups of people who lived in North America before European settlers arrived.

A fascinating element of the Inuit history are inuksuit. An inuksuk is a single stone structure that was historically built as a marker, navigational tool, or a point of reference. We talked about these amazing structures, and then took some time to build some on our own on a much smaller scale, considering what each structure might communicate.

As luck would have it the Director of Hockey for Miami University, Mike Norton, came to Oxford from Canada! Mike joined us to talk about growing up in the city of Montreal. He discussed the province of Quebec which we would call a state here in the U.S..

During our visit we got to discuss temperature and weather. Mike shared that he practiced Hockey on frozen ponds and lakes when he was a boy. And, much to our surprise, he let us know that LaCrosse is actually the number one sport in Canada! Mike brought all the necessary gear to wear to play Hockey. When one of our students had all the gear on she looked ready to hit the ice!

Special thanks to Mike for teaching us about life in Canada and Hockey!

This entry was posted in Primary, social studies. Bookmark the permalink.