An Update from Writing Club 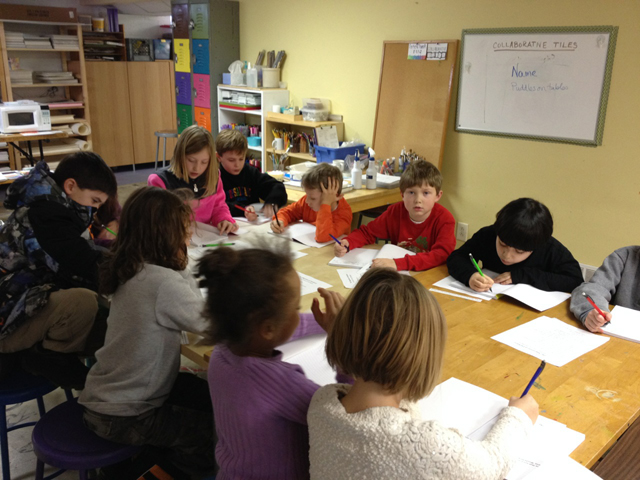 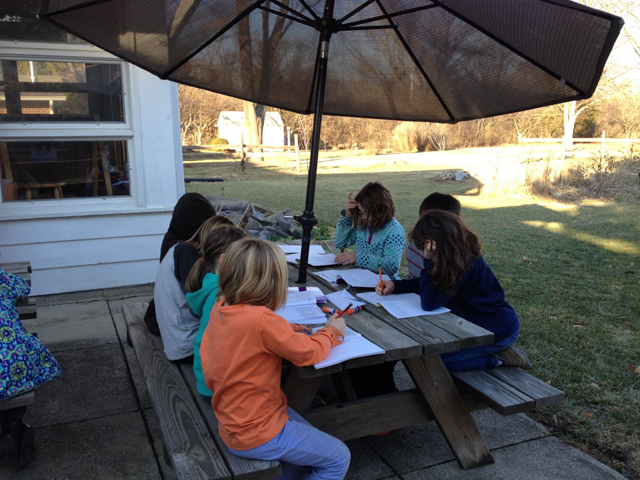 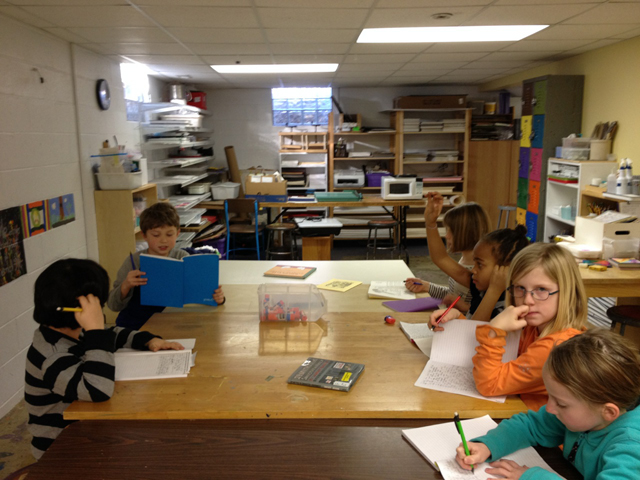 Below is an update on McGuffey’s Writing Club from Matt Metzler, who is running the club with the help of Mark Radlinski:

Writing club has gotten off to a wonderful start over the past three weeks. Firstly, we have a really great group of writers – everybody seems to have at least two or three close friends of theirs in the club alongside them, and we have an almost even mix of Lower Elementary and Upper Elementary students. This is especially awesome because we’ve been doing some collaborative writing each week, where everybody gets together with either a partner or a small group and brainstorms ideas while they write – so not only does everybody get along with their partners or small groups, but we also have the opportunity for Upper Elementary and Lower Elementary students to work together.

So far, we’ve explored the genres of science fiction, mystery, and news reporting. Each week, we begin by learning some basics about the genre that we’re going to be working with – for example, with science fiction, we learned that sci-fi stories are about things that could happen in our world in the future, or about things that are happening in another world that resembles ours with a few key differences. We also learned that sci-fi stories don’t typically include magic – that if a character in science fiction becomes invisible, it’s because he or she has figured out a scientific explanation for how invisibility occurs, as opposed to drinking a magic potion or casting a spell to become invisible. For mystery, we learned that sometimes the mysterious things in stories are explained, and sometimes they are left unexplained – but if they’re explained, then they probably include some clues along the way to help the reader solve the mystery.

Also each week, we read a poem and a short story that both fit within the genre that we’re exploring. For science fiction, we looked at a poem called “The Migration of Darkness” by Peter Payack, and then a short story called “All Summer in a Day” by Ray Bradbury. For mystery, we read a poem called “The Listeners” by Walter de La Mare, and a chapter from the classic Encyclopedia Brown book called “Encyclopedia Brown Keeps the Peace.” Reading and talking about these poems and short stories has served as a great launching pad into doing our own writing.

Speaking of our own writing: the most enjoyable part of every week has been hearing the stories that everyone shares so proudly! The depth of imagination from all of your children is truly out of this world. We’ve heard stories about planets where sugar doesn’t exist, and planets where the only living beings are turtles (it took them until the 1,500th century to finally manufacture the first car); smartphones that shrink their owners and then form their own colonies; grocery stores where aisles full of food (and employees) seem to appear and disappear at random; and seemingly normal houses where you can suddenly end up on the other side of the mirror. I can’t express enough how encouraging and exciting it is to see every single hand raised confidently in the air when it’s time for us to share our writing with each other.

My biggest goal in this club is to get everybody excited to write. Even if we start stories that we don’t finish, or if our stories don’t entirely make logical sense to our classmates and friends – at the end of the day, all that matters is that everyone is enjoying their time creating stories, and that they’re eager to share them with other fellow writers so that everybody’s imagination can be expanded a bit. So far, that’s exactly what I’m seeing during our writing club sessions, and I can’t wait to hear the stories that your children will come up with next!

This entry was posted in extended day, language arts, McGuffey. Bookmark the permalink.