A Second Round of McGuffey’s Writing Club 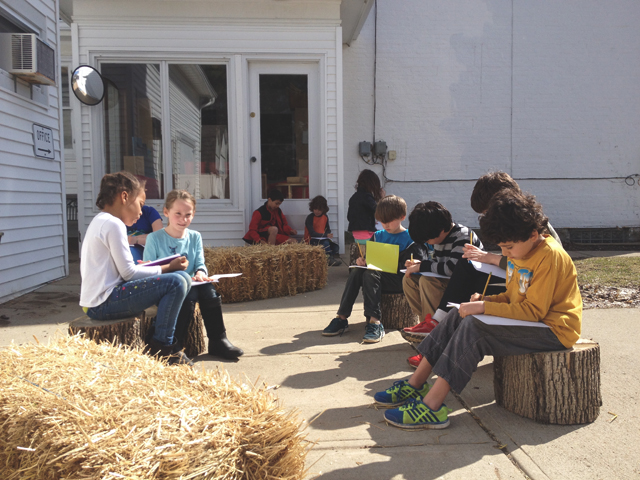 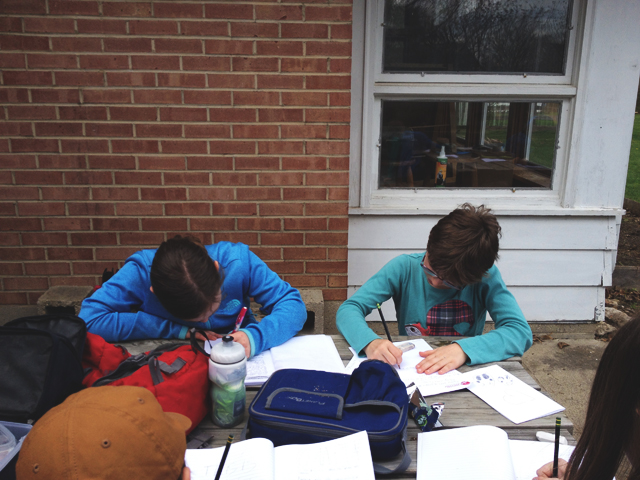 After our first Writing Club last fall proved so fun and successful, we brought it back for a second round this spring! We’re only a few weeks underway so far, but our writers have already penned some great pieces as we’ve explored the genres of fables, comedies, and science fiction.

During our study of fables, we listened to Aesop’s classic story about the lion and the mouse, and then everybody chose an animal and a moral and began crafting fables of their own. After sharing, everybody paired up and wrote another fable, this time crafting it around their respective animal characters meeting each other!

Then, we tried our hand at writing comedy. Some of us wrote about funny experiences in our own lives, some of us drew comics, and others wrote jokes and stand-up comedy. We took a quick break and listened to Abbott and Costello’s “Who’s on First?” routine, which served as an inspiration to work with a partner and write our very own comedic dialogue. Performing these dialogues with each other at the end of the day was definitely one of the most memorable sharing sessions that we’ve had in Writing Club so far.

We can’t wait to see what our writers will come up with during the next few sessions! By the end of the year, we hope to have another edition of The McGuffey Times newspaper to share with the school and the community at large.

This entry was posted in extended day, language arts, McGuffey, outside. Bookmark the permalink.