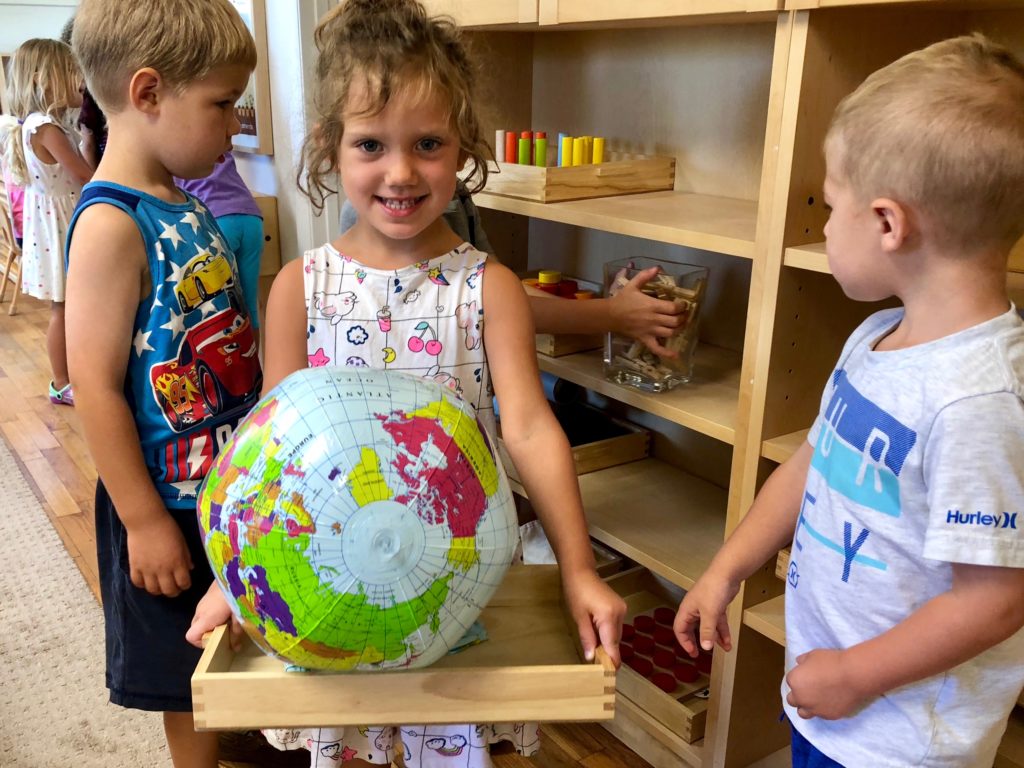 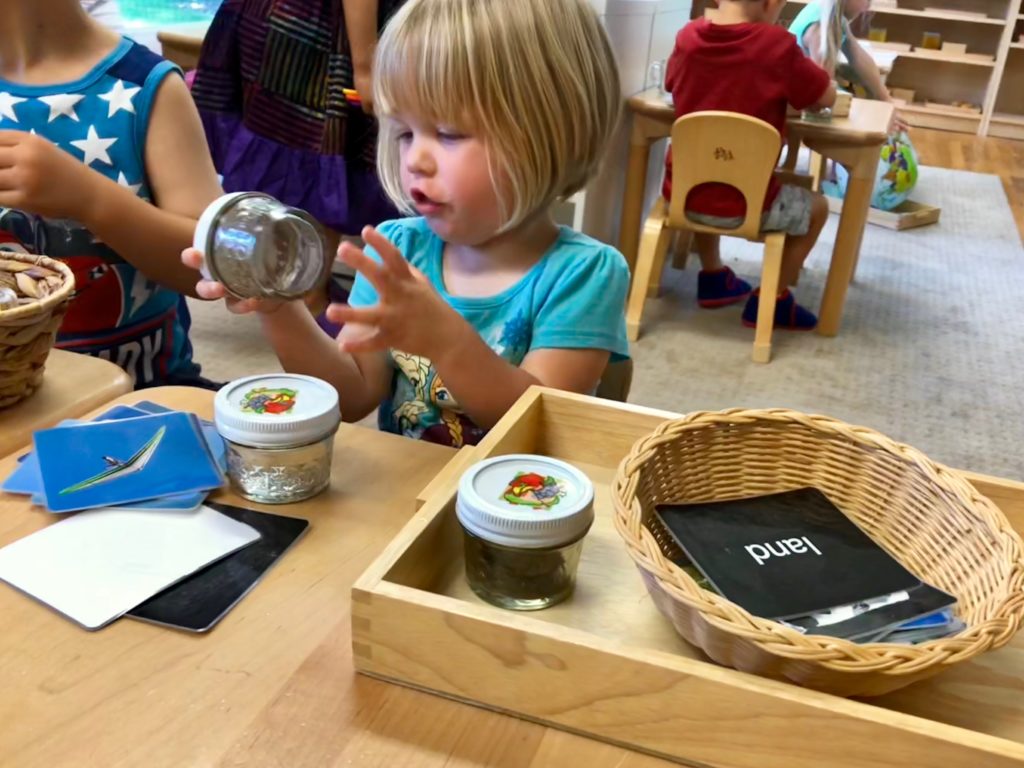 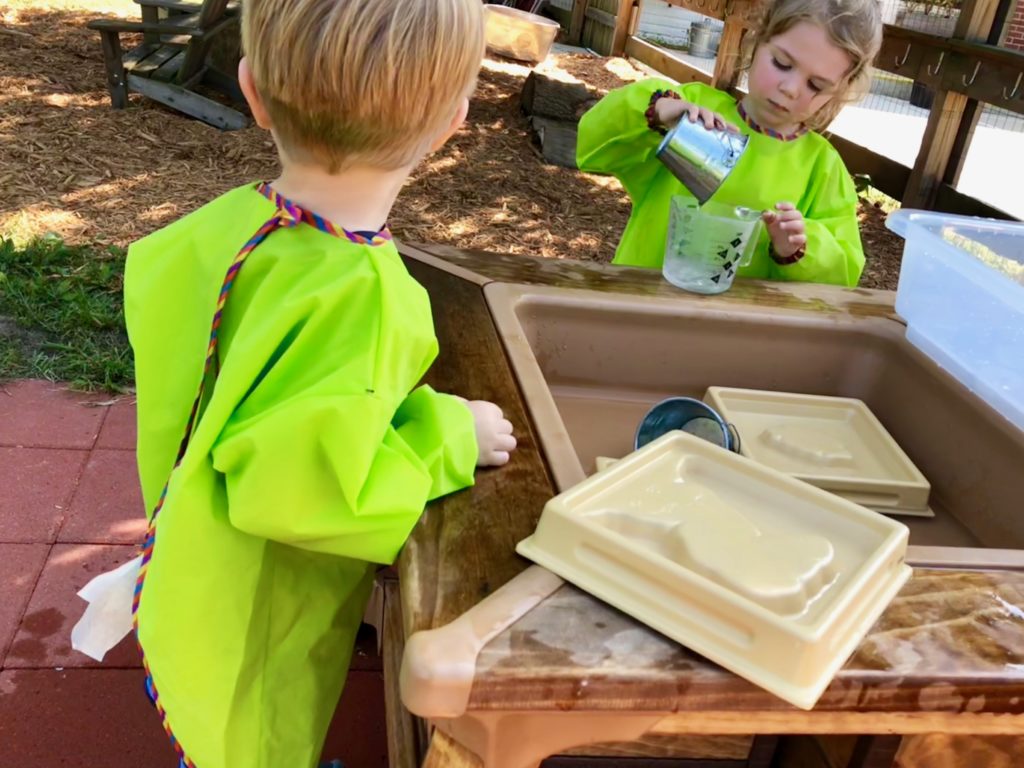 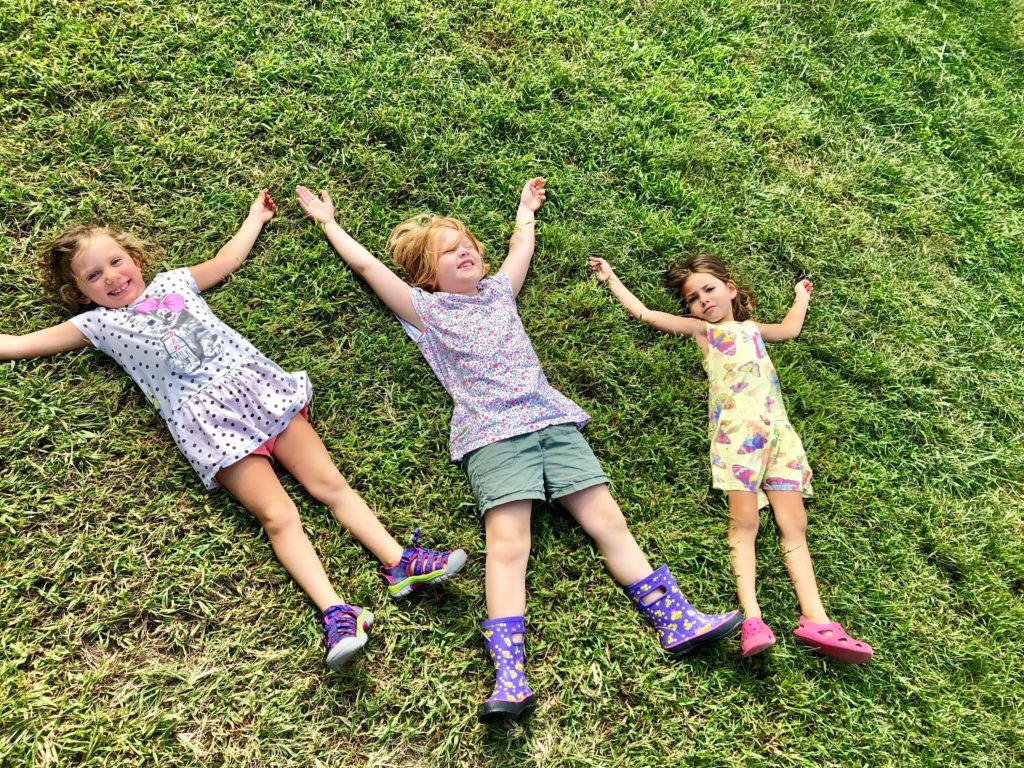 Last week we discussed the main components that make up the Earth—land, water, and air. The land is where we live! It includes terrain such as grassland, mountains, jungle, and desert. Most of the Earth is water, which includes lakes, rivers, and the ocean. And then there’s air. We can’t see it, but we know it’s there!

We took samples of land, water, and air from our outdoor classroom and stored them in jars. The jars can be used for observation or to help sort cards of different activities.

We explored our landform trays outside at the water table. We noticed how the water stayed around the outside of an island or peninsula.

We also took a moment to view the classic Eames film, “Powers of Ten.” Zooming to outer space from a picnic in the park, we are able to see the world both close up and far away. Some students even reenacted the beginning and end of the film by lying on the grass!

We then used cosmic nesting boxes to explain the idea of continents, countries, states, cities, and so forth. Each day as we transition to morning meeting, we sing a song that talks about our planet, continent, country, state, city, and school. These blocks help give a visual representation of this song.