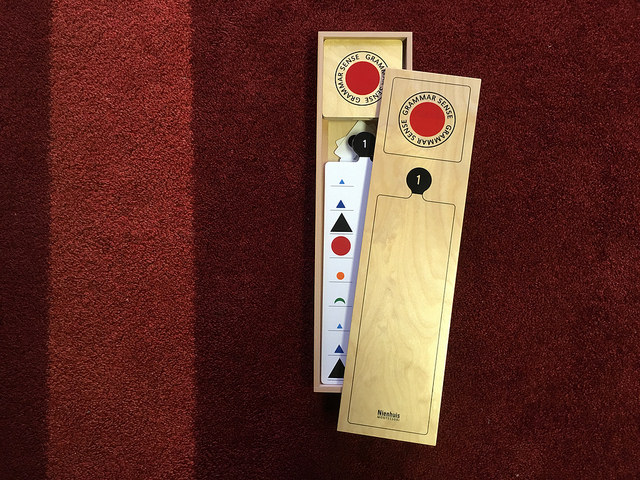 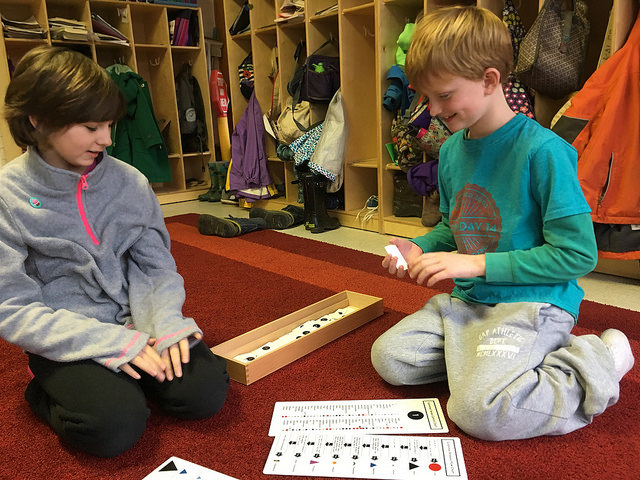 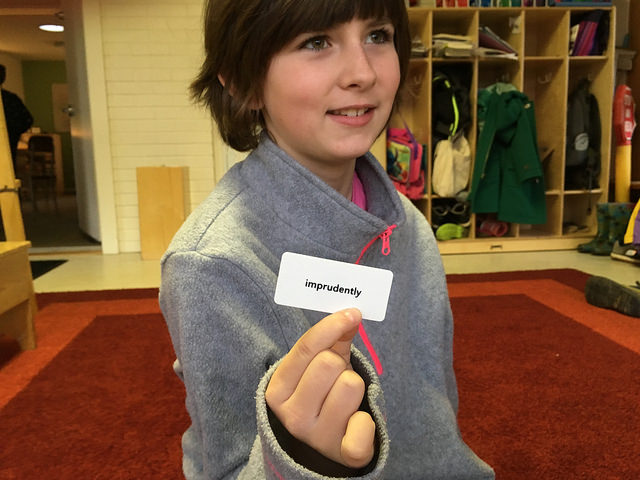 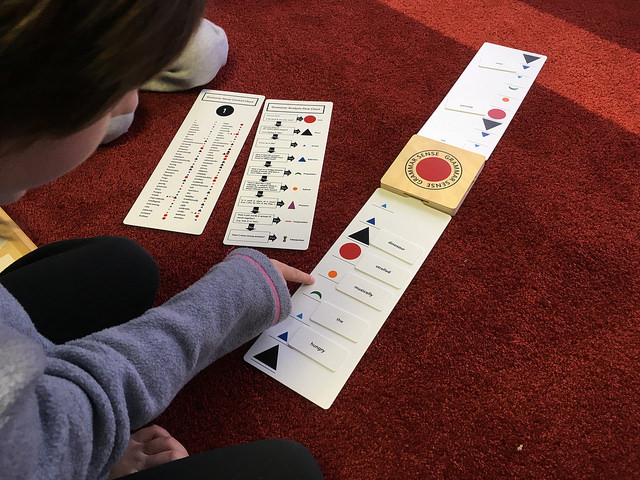 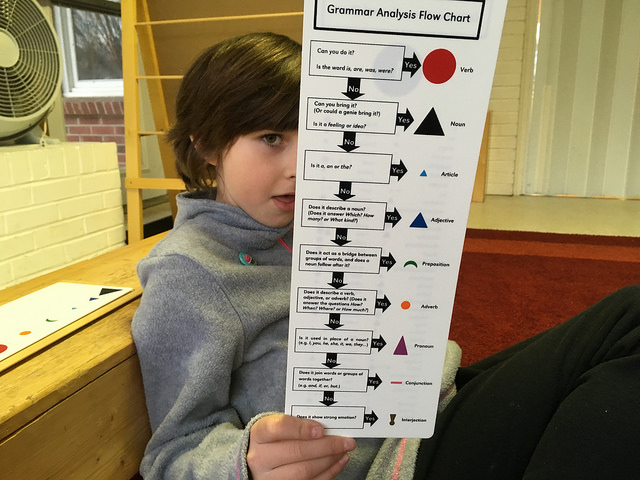 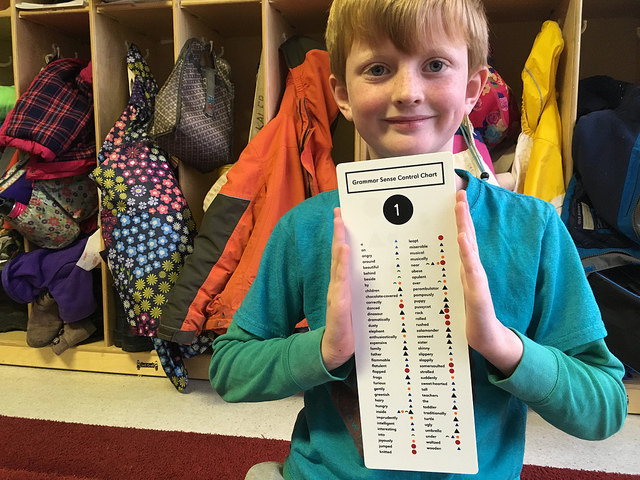 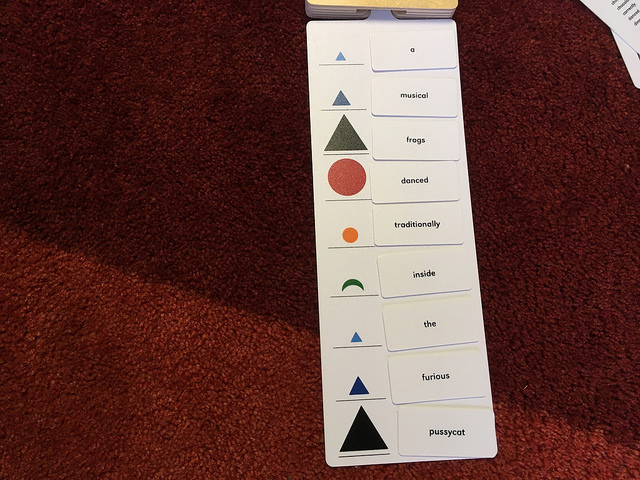 A number of students in Lower Elementary who have completed the first half of the Montessori Grammar Boxes, and who have learned about nouns, adjectives, articles, verbs, prepositions, and adverbs, recently learned how to play a game called Grammar Sense. This game can be played by 2-4 people, and each player starts with a blank template. At the end of the game, by drawing word cards at random, all players will have made a complete sentence.

The template displays a series of Montessori grammar symbols in the following order: article, adjective, noun, verb, adverb, preposition, article, adjective, noun. While some minor adjustments must be made verbally by each player at the end of the game—such as making sure that the articles agree with the adjectives that follow them, and making plural nouns singular if necessary (or vice versa)—the order of the parts of speech on the template ensures that each player will end up with a complete sentence in front of them. The two sentences produced by the game shown above were, “A musical frog danced traditionally inside the furious pussycat,” and “The intelligent dinosaur strolled musically by the hungry puppy.”

The game also includes a Grammar Analysis Flow Chart and a Grammar Sense Control Chart. The first chart helps players determine the part of speech of any given word that they draw at random, while the second chart allows players to verify that they have placed their words in appropriate slots on their template.

This entry was posted in language arts, Lower Elementary. Bookmark the permalink.