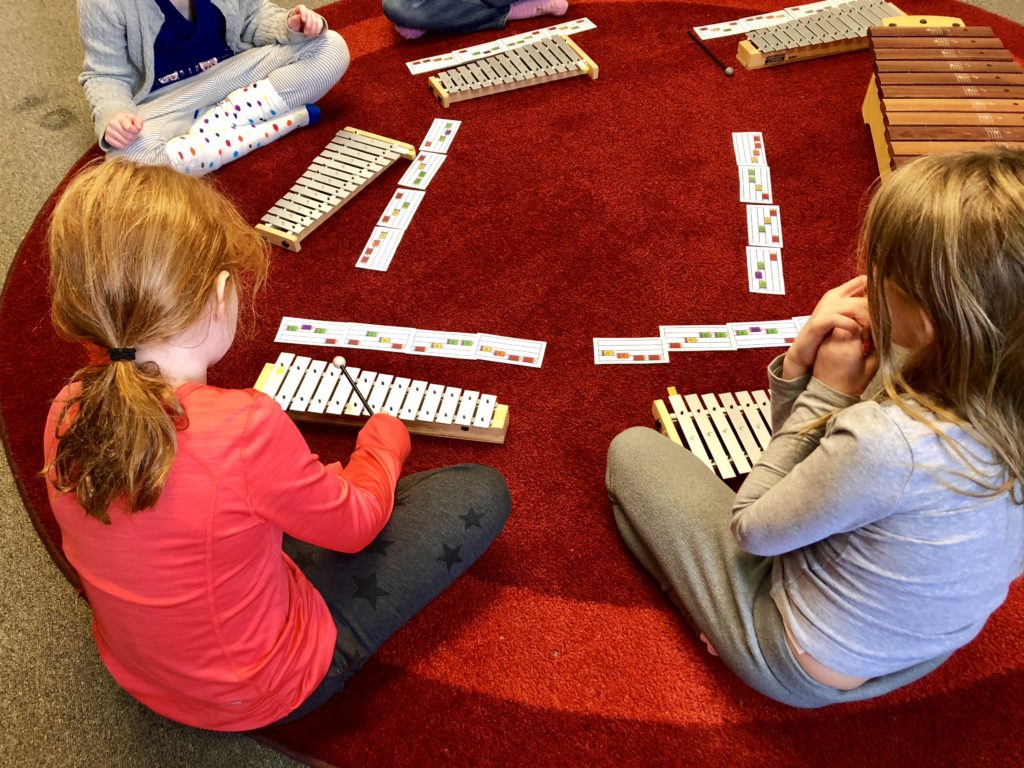 Today, students were given cards on which were printed various patterns of solfege in the pentatonic scale: do, re, me, sol, la. Each student chose favorite patterns and arranged them in a way that sounded pleasing to them the only “rule” being that the song had to end on do. After some practice, composers became performers as they played their songs for the class.