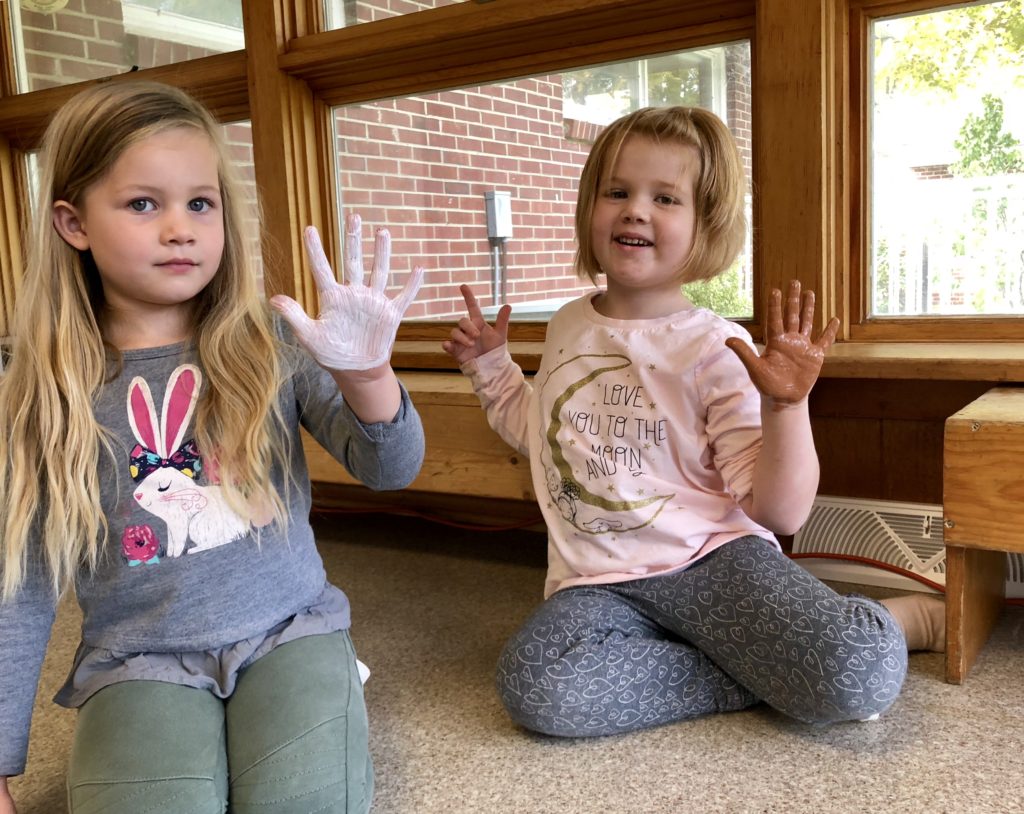 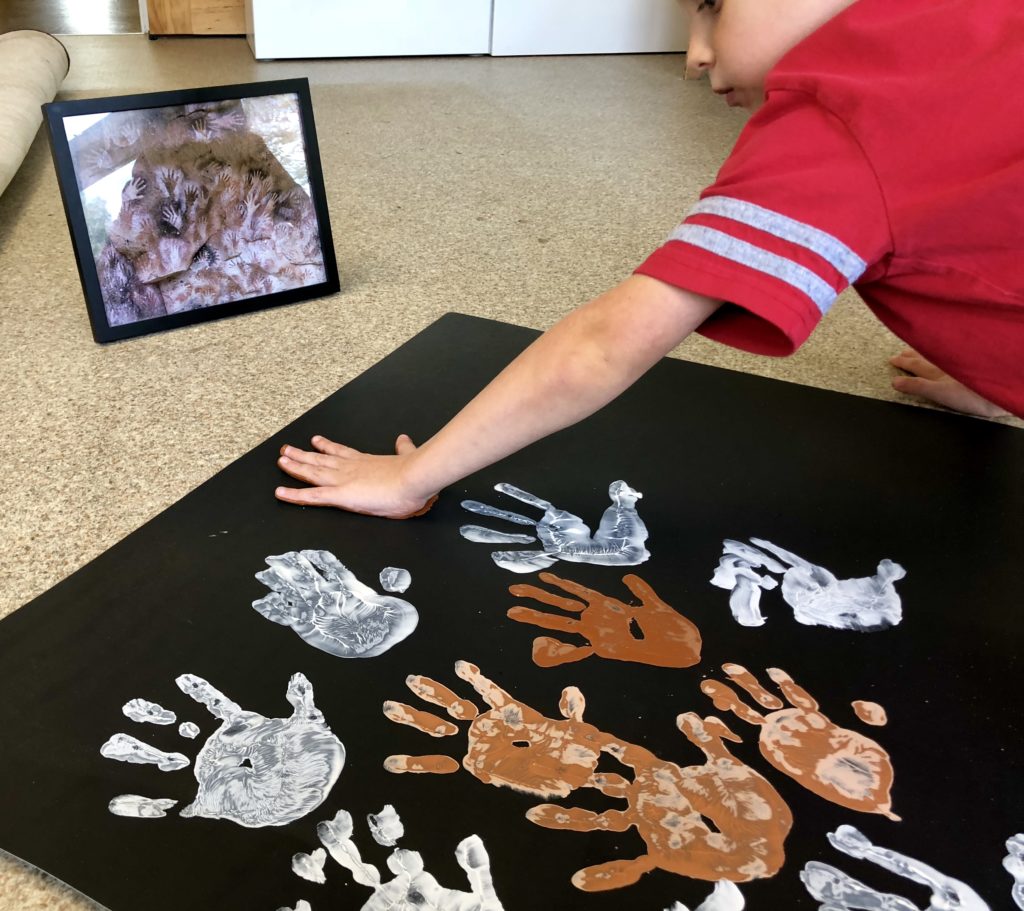 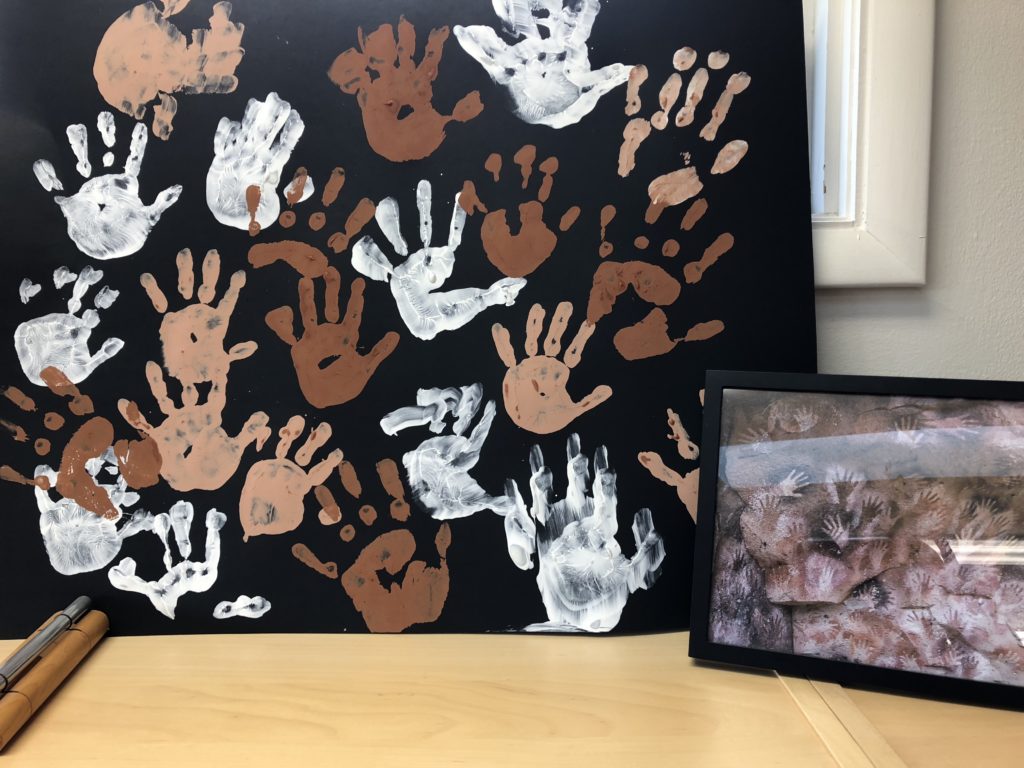 With a mix of indigenous people and European immigrants, the Argentine culture is rich in music, dance, food, and traditions. Our students have the opportunity to explore many of these characteristics through the manipulatives on the shelves. They are exploring gourd cups that hold the Argentine tea, mate. We’ve also talked about the delicious milk caramel, dulche de leche.

We discussed Cueva de las Manos (Cave of Hands), a series of caves located in Santa Cruz, Argentina. It is known for its paintings of hands which are estimated to be between 13,000 and 9,000 years old. The cave also has paintings of humans, animals, and geometric patterns. For this Social Study unit Art History installment we decided to make our own version of the Cave of Hands. We studied a picture of one of the cave walls and noticed all of the hands were very similar, the left! The students chose which shade to paint their left hand then imagined they were placing their hand on the wall of a cave. Creating this experience makes the connections so much more meaningful!